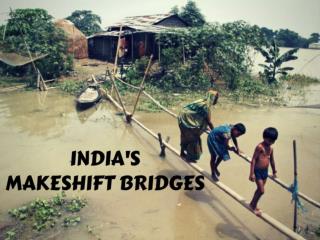 People in many parts of India use makeshift bridges to commute. Here are some of the photos of those bridges. India's Geography - . some key geographical factors are: himalayan mountains: extends along the entire boundary of india