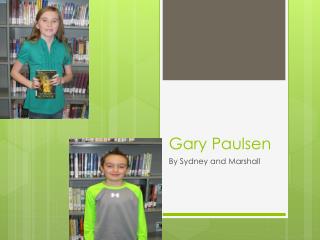 Seventh Grade By: Gary Soto - . setting. this story takes place in fresno, california . fresno is located in the san

Writing a One-Paragraph Summary of a Novel - A template and guide using gary paulsen's hatchet as an example novel.

HACHET by Gary paulsen - . a brave boy has to survive in the woods after his plane crashes , alone!. he makes things such