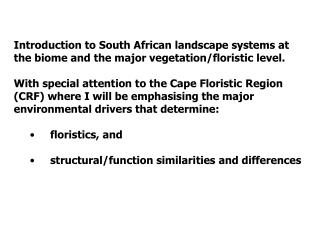 Introduction to South African landscape systems at the biome and the major vegetation/floristic level. With special attention to the Cape Floristic Region (CRF) where I will be emphasising the major environmental drivers that determine: floristics, and