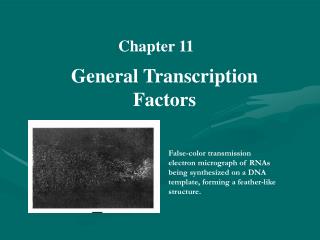 General Transcription Services - Wizscribe is a pioneer in transcription services provider for clients around the globe.

Mechanisms of Transcription - . rna polymerase does not need a primer to initiate transcription. the rna product does not

Regulation of gene expression - . lecture plan about 40 min to be given during digestion of plasmids. concepts of dna