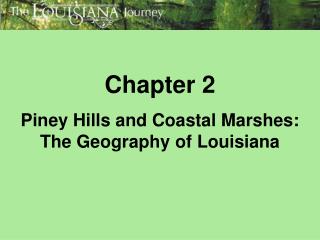 Chapter 2 Piney Hills and Coastal Marshes: The Geography of Louisiana

Chapter 2 Piney Hills and Coastal Marshes: The Geography of Louisiana

World Geography - . the field of geography. geography --- the study of spatial variation of the earth. dualism =

5 Themes of Geography - . how history &amp; geography connect…. what is the difference between geography &amp;

Physical Geography in the National Curriculum - . knowledge and understanding of places identify and describe what

Geography’s Fundamental Ideas - . please write this title at the top of your note sheet!. have you met lilly ?. lilly

World Geography - . understand how running water acts as an agent of erosion and deposition. (chapter 2). introductory

The Historical Geography and Archaeology of the Holy Land - . judah. the shephelah. philistine coastal plain. negev. the