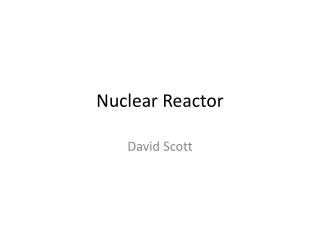 Nuclear Reactor. David Scott. Facts. Most nuclear electricity is generated using just two kinds of reactors which were developed in the 1950s and improved since. New designs are coming forward and some are in operation as the first generation reactors come to the end of their operating lives.