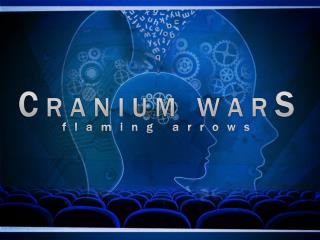 C RANIUM WAR S. f laming arrows. This morning we are continuing our series— the Cranium Wars. Let’s review for a moment . As the title denotes, this is a war. Every war has a battlefield and an enemy. The battlefield is the human mind. And, the enemy is the devil. Bellwork - . what does it mean to be neglected?. objectives. define salutary neglect &amp; explain how it affected

The Battle for Our Minds!

“GOD AND HIS WORD” - . part i: the inspiration and the authority of the bible. presentation summary. god’s

BELLWORK - . as we learned last week, the civil war ended when the south surrendered, but the war was far from over. it

C RANIUM WAR S - . w hat’s on your mind?. this morning we are continuing our series— the cranium wars. warning: this

Growing in Faith Intentional Christian Living - . session 2. www. .com. what is prayer?. www. .com. do you think there is

Nuclear Symbols - . nuclear symbols are used to represent atoms and their isotopes example: u ranium -238 or... u-238 the