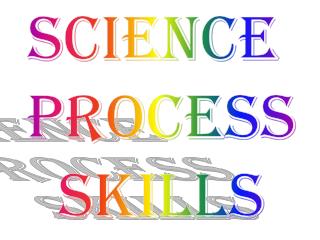 Science Process Skills. 1. OBSERVATION. Observation is using all five senses to gain information about your surroundings. Touch Taste Smell Hear See. 1. OBSERVATION. There are 2 kinds of observations:. Qualitative observation describe things and are NOT used for scientific research. The 5 E s Science Lesson - Science content. students use the process skills of science to develop an understanding of the

SCIENCE PROCESS SKILLS - . science is more than a collection of facts. learning the process skills is preparation for

THE PROCESS OF SCIENCE - . 1.7 scientists use two main approaches to learn about nature. discovery science —uses

Science Concepts and Skills - . what you will learn from this lesson: the students will develop an understanding of the

Science Notebooks - . “the purpose of science notebooks is to build science content and process skills in a manner

What Are Science Process Skills? - . the basic techniques and procedures used to carry out careful investigative science

Science Process Skills - . chex mix activity. what can i observe? choose a piece of chex mix to observe. keep it a secret