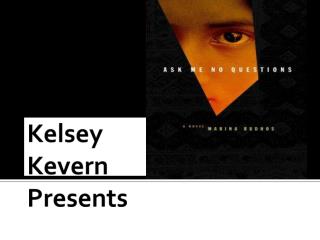 Kelsey Kevern Presents . Books Written by Marina Budhos :. Ask me No Questions The Professor of Light House of Waiting Remix: Conversations with teenage immigrants . . Summary. Ask Me No Questions is a very good book that keeps you on your toes the whole time. Peter Kevern 2011 - Who can give ‘spiritual care’? a consideration of the ethics of discussing spiritual values with

Kelsey - . about me. i have four dogs: one blue-tick beagle blue one golden retriever- collie mix pepper two mini

Kelsey Stevenson - The ph of the body. kelsey stevenson. table of contents. ph in the body how ph fluctuation affects the

Kelsey Arbuckle - . cali girl in a cali world. who am i ?. born and raised in california want to be an event planner

By: Kelsey Grim - Elizabethan education!. by: kelsey grim. education begins in the home!. the children must respect there