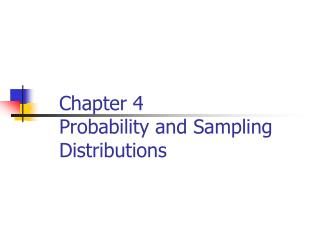 Probability - . chapter 4. basic probability. we are going to study probability so that we can use it later during the