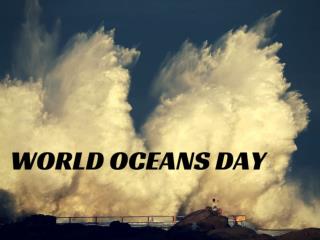 World Oceans Day is an annual observation of the earth’s oceans first recognized by the United Nations in 2008. It was created to honor the oceans and sea life globally and raise awareness to help protect this crucial part of our planet. World Continents and Oceans - . 6 th grade: arlington all stars. objectives/goals. you will be able to: name each of the

World Continents and Oceans - . objectives. you will be able to: name each of the seven continents, and the five oceans

Oceans of the World - . glen spiteri &amp; neil micallef stella maris school balzan. about seventy per cent of the

Oceans: The World beneath the Waves