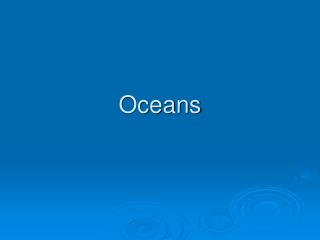 Oceans. Why is the Ocean Salty?. 1. The ocean is salty because of dissolved chemicals eroded from the Earth's crust and washed into the sea.