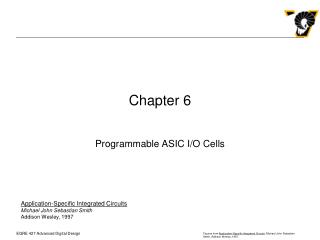 Jeopardy Chapter 7-Cells - A view of the cell the name given to the small box-shaped structures found in cork. what are

Chapter 6 - . a tour of the cell. cell theory: all living organisms are made up of cells. cells are basic units of

Chapter # 4: Programmable and Steering Logic Section 4.1 - . pals and plas. pre-fabricated building block of many and/or

FPGA Technology Overview - . carl lebsack. * some slides are from the “programmable logic” lecture slides by dr.