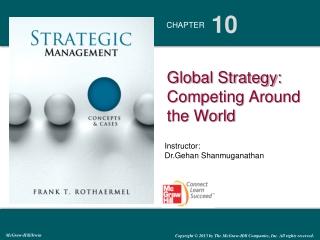 Global Strategy: Competing Around the World

Global Strategy: Competing Around the World