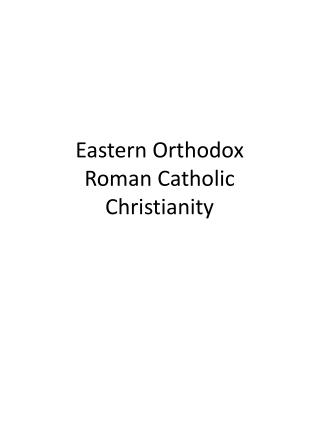 FASTING IN THE ORTHODOX CHURCH

Eastern Orthodox Civilization - . the byzantine empire to 1453 and russia to 1600. eastern orthodox civilization.

The Great Schism The Christian Church splits - . the great schism. the schism was not the result of only one quarrel in

History and Influence of the Roman Catholic Church - . how did christianity advance into western europe?. emperor

Eastern Catholic Churches - . universality and diversity. east and west. the church established by christ has two

Orthodoxy / Catholicism - . today churches may be classified in one of four major groups: - the orthodox church. - the