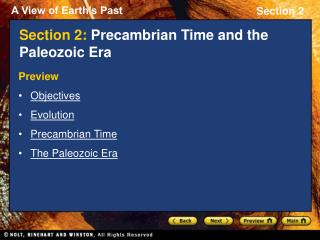 Precambrian Time - . “ precambian ” is the informal term for the interval of time prior to the evolutionary radiation

The Precambrian Era! - . by kahli veys. when we say “precambrian,” what time period are we talking about?. the