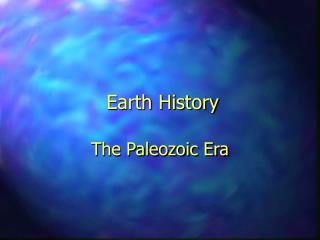 Earth History. The Paleozoic Era. Paleozoic Time (544 - 245 Million Years Ago). Bracketed by the two most important biological events in Earth’s history: The first appearance of complex organisms The largest mass extinction on the history of the Earth. . Paleozoic Time.