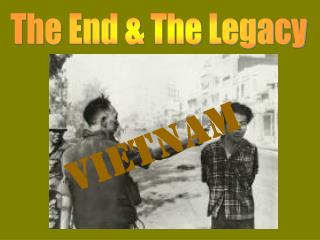 The End & The Legacy

The End & The Legacy

Discussions if there is time at the end… - . 7 steps to success on linkedin doing business with the mob ethics vs.

Unraveling the End A Biblical Synthesis of Competing Views - . “few doctrines unite and separate christians as much as

THE END OF WWII - . day 9. today’s objectives. identify events in the war in europe. describe the allied offensive in

THE END - The lorax said, &quot;sir! you are crazy with greed. there is no one on earth who would buy that fool

THE END OF LIFE - Chapter 19. the end of life. the quest for “healthy dying”. thanatology: the study of death and

The End - As you develop the storyboard, place any on-screen text on the slide. also, place the images, sketches of

THE END - . images and clipart are from lds.org, microsoft office, and other websites indicating the images were in the

The End - . …but there’s still some work to do. what remains. final project submission (20% of final grade) take home

The End of Apartheid and South Africa Today - . world studies. background. by the late 1970’s, it became difficult for

In The End - . since the midterm. talked more about the practices and concepts of the business of heritage, both in the

The End - . chapter 30 . mikhail gorbachev. told his wife “we cannot go on living like this” began to reform the