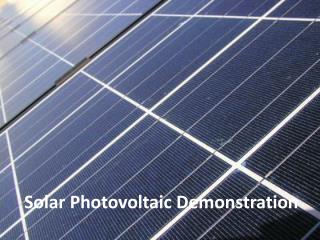 MANAGING TECHNOLOGY AND INNOVATION FOR RENEWABLE ENERGY IN CHINA - . evidence from the solar photovoltaic industry.

Solar Spectra Demonstrations - . how do we know about the composition and motions of stars?. the hydrogen atom. what are

The Solar Panel - . mark randall. history everyone else did it!!. 1839: nineteen-year-old edmund becquerel, a french