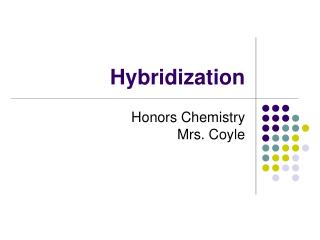 Hybridization of Orbitals - . creating bonds that are neither pure s nor p nor d!. valence bond model. linus pauling

Hybridization - . part 2: practice. objective today i will be able to: predict the molecular shape of a molecule using