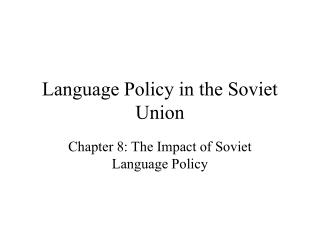 Russia : a brief history - . introduction. 9000 km from east to west and 5000 from north to south ural mountains divide

The Soviet Command Economy - . i. history the bolshevik revolution

Industralization i n the USSR - . purpose and aims of industrialization. the aim was to modernise russia. the purpose was

Lithuania - . by david (thanks schuyler for your help!). the basics. basics. location : eastern europe, bordering the Language planning &amp; policy - . problems faced by a country in making decisions. how to modernize the language?