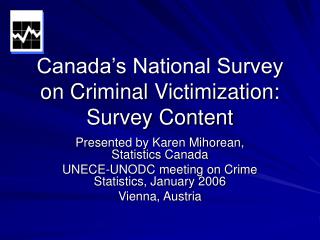 General Survey - . shelley yeager instructor desales university. purposes of the general survey. to give an overall

Seven50 Preliminary Survey Results - . survey results weeks 1-3 . question 1. what are in your opinion, the most

Results of the National Micronutrient Survey in Malawi - . 18 june 2003. overview of presentation. background and