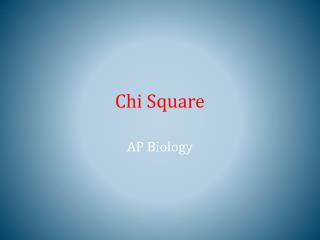 Chi Square. AP Biology. What is Chi Square Test Used For?. intended to test how likely it is that an observed distribution is due to chance u sed with discrete values analyzes categorical data (will not work with continuous data)