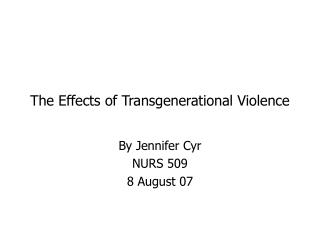 Mothers Against Senseless Killings - In chicago, violence has reached alarming levels this year particularly in the

A Visual Memorial of People Who Lost Their Lives Due to Domestic Violence in Virginia - . created by: bedford domestic

Themes in Purple Hibiscus - . main themes / issues . from oppression to freedom growing up/search for identity the

END VIOLENCE TOGETHER For The Dignity Of Every Woman - . insert agency/program name. presentation overview insert length

Family Violence - . how common?. as many as four in one hundred women are physically abused by their husbands each year

END VIOLENCE TOGETHER For The Dignity Of Every Woman - . insert your agency/program name. presentation overview insert