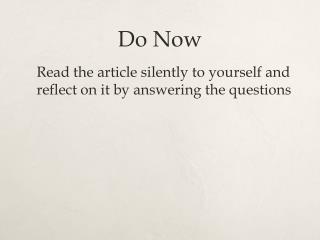 Do Now. Read the article silently to yourself and reflect on it by answering the questions. Criminal Justice I Criminal Law. Mr. Concannon Smith. Written Sources of American Criminal Law.