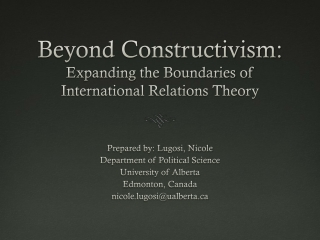 Beyond Constructivism: Expanding the Boundaries of International Relations Theory

Beyond Constructivism: Expanding the Boundaries of International Relations Theory