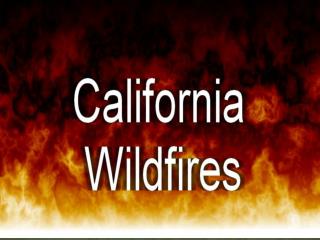 WILDFIRES, DEFORESTATION, LAND USE CHANGE - . topics for today. biomass burning: a source of gases and particles how are

Types and Categories of Wildfires - What are the causes and effects of wildfires? ag-fs-5. the student will be able to