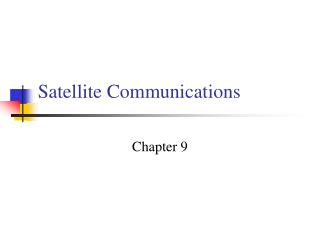 SATELLITE LINK DESIGN - . by s.sadhish prabhu. introduction . cost to build and launch a geo satellite is about 25,000