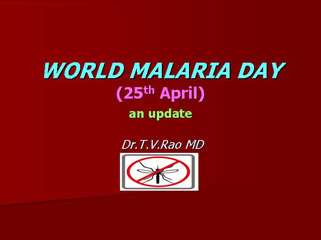 World Malaria Day - . mobilising to save lives. the nigerian context. nigeria has the second greatest burden of malaria

World Malaria Day - Is observed on 25 april every year to recognize global efforts to fight malaria globally. the day is