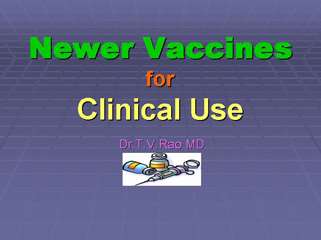 Vaccines are important in human health and disease, More understanding is needed to explore the implications and limitations of newer generation of vaccines.in clinical practice

Global Alliance for Vaccines and Immunization - . what is gavi ?. an alliance traditional and new partners public and

Vaccine Education Module: Vaccines Updated: April 2013 - . what is a vaccine ?. a vaccine is the deliberate stimulation