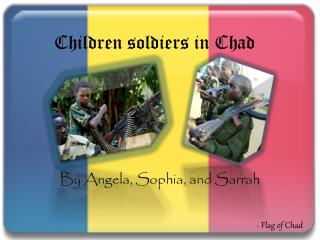 Children soldiers in Chad . By Angela, Sophia, and Sarrah. - Flag of Chad. Introduction . Location and Climate . Fun Facts . Chad stretches for about 1,800 kilometers from its northernmost point to its southern boundary Chad average width is about 800 kilometers.

The Law Of War The Rules That Govern The Conduct Of Soldiers In Military Operations - . cpt john h. mark chief,

TUBERCULOSIS... - Tuberculosis. the disease in children and implications for the care of today’s child... from a