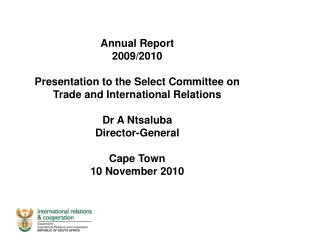 BRIEFING TO THE SELECT COMMITTEE OF FINANCE - . progress of free state municipalities. 28 may 2013. table of contents.