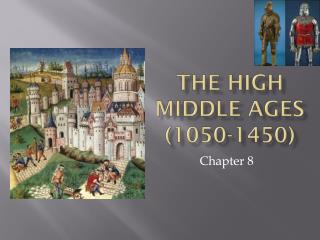 The High Middle Ages (1050-1450). Chapter 8. Section 1: Growth of Royal Power in England and France. Monarchs, Nobles and the Church How was power distributed amongst these groups in the middle ages? How did monarchs try to centralize their power?. Strong Monarchs in England. High Middle Ages (1051-1450) - . growth of royal power in england and france. how did monarchs gain power over nobles and

The Middle Ages - . 500 ce to 1450 ce. german influence. the germans introduced their own culture to the old roman

The Middle Ages Intro - In response to the disorder that ensued after the fall of the roman empire, how would the middle