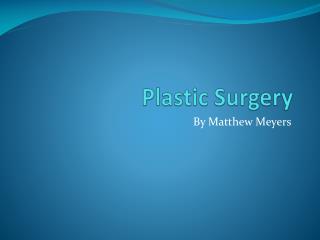 Plastic Surgery - A good face lift procedure can do magic to your aged skin by rejuvenating and making it appealing, just

Plastic Surgery Clinic - Sculpt studio is a leading provider of cosmetic surgery in perth, where their expert plastic

Plastic surgery mexico - Lip augmentation is ideal for those people who wish to have beautiful lips.