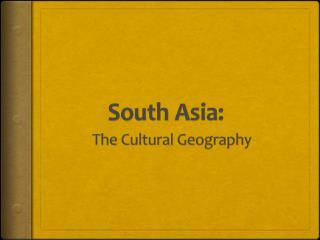 South Asia: . The Cultural Geography . Scooby Snacks. Question 1 : What is the population of South Asia and what percentage of the worlds population live here? Answer 1 : Question 2 : What is the capital city of Bangladesh? Answer 2 : Southeast Asia - . warm-up 4/7- what countries are part of southeast asia? . physical geography . one of the most

Oceanload Group of Companies. - Oceanload aims at offering an attractive package of service ... services to and from