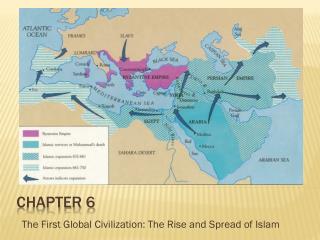 The First Global Civilization: The Rise and Spread of Islam. Chapter 6. Islam – “submission, the self surrender of the believer to the will of one, true God, Allah” Muslims – followers of the Islamic faith Muhammad – prophet CHAPTER 6 - . percents. chapter 6-1-b percent of a number. what is a percent? it is a ratio that compares a number to

Chapter 6 - . control charts for attributes. 6-1. introduction. data that can be classified into one of several

Chapter #6 - . chemical composition. the chemical package. about packages. the baker uses a package called the dozen. all