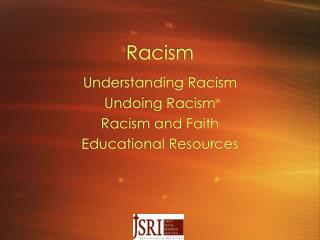 Racism - . tools to identify and tools to work to undo racism. goal is justice not guilt. brothers and sisters to us.

The Holocaust and the Horrors of WWII in Europe - . ss 10 ms. rebecca. do now:. what is racism ? why do you think some

Raphael Cohen-Almagor - In internet’s way : terrorism, hate, child-pornography and crime-facilitating speech on the

Cradle to Prison Pipeline® Campaign of the Children’s Defense Fund - . what fuels the pipeline?. pervasive poverty

Insisting on Equity : Uncovering Classism and Racism in Ruby Payne’s Framework - . by paul c. gorski and the minnesota

Black History Month: Celebrate! - . by: mr. hunter. racism. do you think racism still exists today? if not, explain why