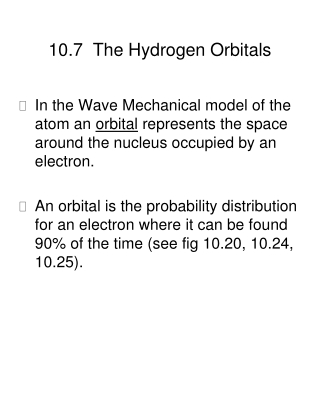 10.7 The Hydrogen Orbitals. In the Wave Mechanical model of the atom an orbital represents the space around the nucleus occupied by an electron. An orbital is the probability distribution for an electron where it can be found 90% of the time (see fig 10.20, 10.24, 10.25). Hydrogen orbitals