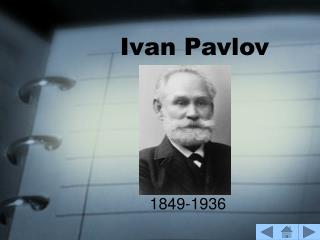 Ivan Pavlov - . by chris downey. background. pavlov was born in ryazan, russia in 1848. his father was a priest, and ivan

Ivan Pavlov 1849-1936 - . ivan pavlov studied drooling dogs. while that may seem like an odd thing to research, pavlov

Ch. 9 Learning: Principles and Applications - . http://www.sangrea.net/free-cartoons/phil_joy-of-learning.jpg. how do we