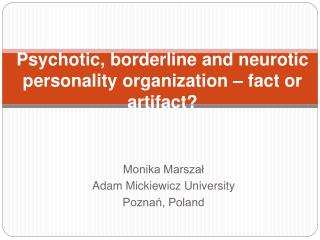 Let's Play Fonts! 2 [Typography Illustrated] - Fonts can tell more about a person that you know! they represent your

What is Depression? - . a psychotic or neurotic condition characterized by an inability to concentrate, insomnia, and

Psychotic Disorders - . source of answers, unless otherwise noted are dsm-iv-tr or apa practice guideline on

Theories of Personality Seventh Edition - . by jess feist and gregory j. feist. © 2009 by the mcgraw-hill companies,

What is Depression? - . a psychotic or neurotic condition characterized by an inability to concentrate, insomnia, and

Chapter 5 Personality and Consumer Behavior - . what is personality. the inner psychological characteristics that both