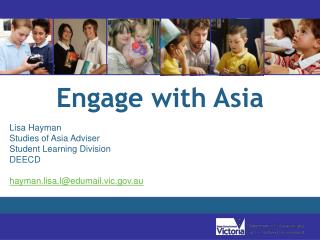 Asia Society at a Glance: A Connector, Convener and Catalyst Between the US and Asia - “at a time when the eyes of the

Why Study Asia? - . …preparing students for their futures. the moral imperative…. intercultural understanding. what

The world of tomorrow is being shaped in your classrooms today - . melbourne declaration on educational goals for young

Implementing the Australian Curriculum: Explicit teaching and engaged learning of subjects and capabilities

Intro to Agile Marketing Strategies - Http://bit.ly/intro-to-agile agile marketing is a new community that emerged from