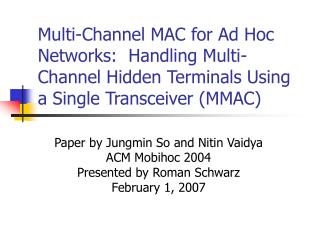 7. MIMO: Spatial Multiplexing and Channel Modeling - . main story. so far we have only considered single-input

Concurrency Control Single User Versus Multi-user System: - Database system can be classified on the basis of the number