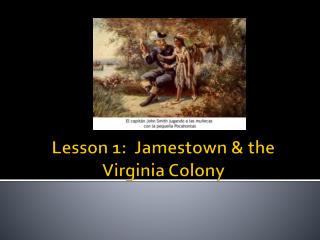 Property Rights and US History: Jamestown - . introduction. jamestown was one of the earliest settlements in britain’s