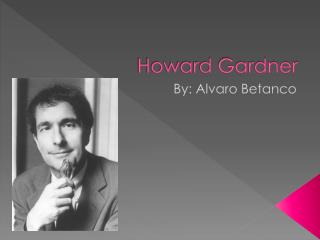 Howard Gardner. By : Alvaro Betanco. Biography. Born in July 11, 1943 He is son of parents that fled from Nazi persecution. Howard was born shortly after his brother Eric died in an accident.