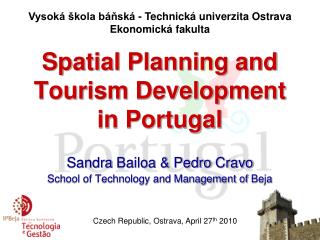 MINISTRY OF ENVIRONMENT AND SPATIAL PLANNING - . “ ministry of the land and sky ” overview of responsibilities.

TOURISM - . objectives. to identify the rationale for sustainable tourism development to discuss why tourism has increase

Tourism attractions planning and development - . lecture 2. alternative tourism. ‘forms of tourism that set out to be

BEST Sustainable Tourism - 7/12/2012. 2. purpose of module. tourism planning requires an understanding of the meaning of