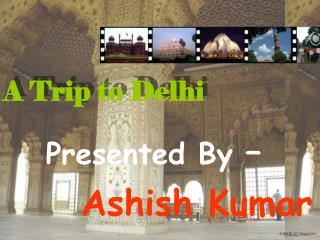 A Trip to Delhi. Presented By – Ashish Kumar. The History of Delhi. Delhi – The heart of India. It has a great historical past. There are a lot of monument. These monuments are thousands of year old. Delhi. Earlier it is known as Indraprasth, then it becomes Delhi. Delhi to Chandigarh Trip - Homecabs provide you with a good taxi service. our drivers well trained for all route. you can

Plan a trip from Delhi to Ludhiana - We believe this that if we give good and reliable service, then only we will know as

Delhi Darshan – an Exploration Trip to Delhi - Delhi is the city that needs to be explored. read on to know what all

Delhi to Chandigarh Road trip - Here i am going to tell you about delhi-chandigarh route. if you are going to make a trip

Take a Stunning Trip to Taj from Delhi - Wah, what a great weather in india, so today, we will talk about the history and

Know about a Trip from Delhi to Dehradun - So, as you have all the details for your visit from delhi to dehradun, without

ENJOY TRIP FROM AGRA TO DELHI - Delhi is one of the most beautiful city of india. a lot of tourist visit daily here. you

A trip to India - . by amita plantz ed 417. to find india on a world map: locate asia. india is a large country in

A Trip to Mars - . douglas marks ncssm. the problem. find a flight path from the earth to mars. approaches. define an

A trip to Ranweli - . by ethan danesh. the fun together. on the slide. during the talent show. me doing an act with

A Trip to Hawaii - . things the three little pigs and the magic shark didn’t tell you!. the hawaiian islands, once