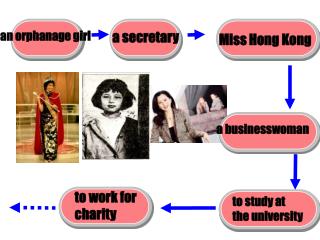 an orphanage girl. a secretary. Miss Hong Kong. a businesswoman. to work for charity. to study at the university. she was working as an ordinary. secretary. While ________________ ___________, she learned something else-to be independent. she was studying at the orphanage. Orphanage Volunteering - Orphanages need help from the able ones. the destitute, unfortunate kids need some special

Notorious an it girl novel - . by: cecily von

An Unknown Girl by Moniza Alvi - Overview. the poem describes the poet's visit to india and the time she had her hand

An Unknown Girl by Moniza Alvi - . page 23. overview. the poem describes the poet’s visit to india and the time she had

Girl - . o. henry . build up the story. “pretended to be envious of his partner’s commuter ’s joys”. girl .