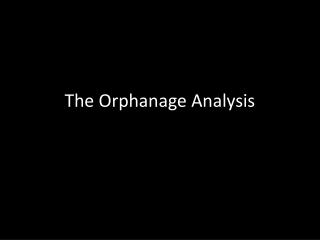 Orphanage Volunteering - Orphanages need help from the able ones. the destitute, unfortunate kids need some special

an orphanage girl - . a secretary. miss hong kong. a businesswoman. to work for charity. to study at the university. she

THE BAHAY TULUYAN (ORPHANAGE FOR SEXUAL VICTIMS) - . as government tool for social justice and youth rehabilitation .

Page 28 : Draw a picture of the orphanage - . page 29 reflection 1 what has jennings already learned about surviving at

New Life Ministries Orphanage Trivandrum, India - . by: paige mccoy. my trip to india. this past christmas break i was

Casa de Misericordia House of Mercy Orphanage - General orphanage info. there are 7-8 orphanages in the same area as casa

Wireless and VOIP at a remote Orphanage in Honduras - . charles ellis director – alabama micro/nano science and

A presentation about the orphanage you will build with Homes of Hope India - . what is letsbuildanorphanage ?.