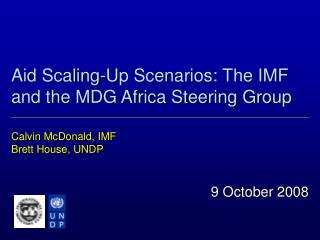 Making the IMF Work Better for Africa - . eca presentation to the committee of experts 29-30 may 2003 addis ababa.