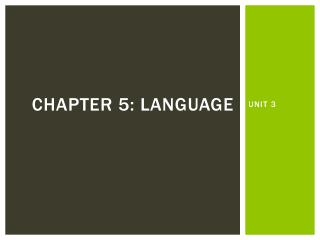 The sound patterns of language - . phonology chapter 5. this lecture. there are systematic differences between: what

Chapter 4 OWL - . based on slides from grigoris antoniou and frank van harmelen. outline. a bit of history basic ideas